PARLOPHONE TO ISSUE UNRELEASED BOWIE TRACKS “We spoke of was and when…” It’s likely that some of you have been expecting something on what would have been David Bowie’s 73rd birthday, after announcements on 8th January for the past couple of years. Indeed, if the calendar has clicked over to that date where you are, then you have possibly already found something. Now it’s 8th January in the country of his birth, here’s that announcement… + – + – + – + – + – + – + – + – + – + – + – + – + Parlophone Records is proud to announce DAVID BOWIE IS IT ANY WONDER? a six track EP of unreleased and rare tracks to be released over six weeks. The first of these is a previously unreleased version of ‘The Man Who Sold The World’, released today as a streaming-only 1 track digital single in celebration of both David’s birthday and the 50th anniversary of the writing and recording of this classic. Five more songs will be released on a weekly basis from 17th January. ’THE MAN WHO SOLD THE WORLD’ (CHANGESNOWBOWIE VERSION) is taken from the 9-track session ChangesNowBowie, recorded for radio and broadcast by the BBC on David’s 50th birthday on 8th January, 1997. This mostly acoustic session was a stripped back affair featuring some of David’s favourites of his own compositions and was produced by Bowie himself, Reeves Gabrels and Mark Plati. CHANGESNOWBOWIE was recorded and mixed at Looking Glass Studios in New York in November 1996 during rehearsals for David’s 50th birthday concert at Madison Square Garden. Gail Ann Dorsey (bass, vocals), Reeves Gabrels (guitars) and Mark Plati (keyboards and programming) accompanied David on the recording. CHANGESNOWBOWIE will be released in limited quantities on LP and CD for Record Store Day on 18th April, 2020. The cover art for the album will features a portrait of David by renowned photographer Albert Watson, taken in New York in 1996. (See montage for cover) More details will be announced shortly. ~ DAVID BOWIE 'THE MAN WHO SOLD THE WORLD' (CHANGESNOWBOWIE) IS AVAILABLE NOW ON PARLOPHONE ~ DAVID BOWIE CHANGESNOWBOWIE RELEASED ON PARLOPHONE ON 18TH APRIL, 2020 FOR RECORD STORE DAY #BowieIIAW #CHANGESNOWBOWIE 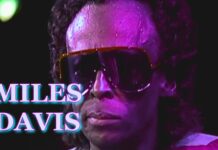 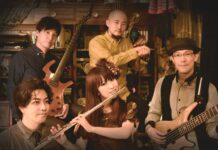 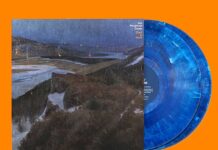