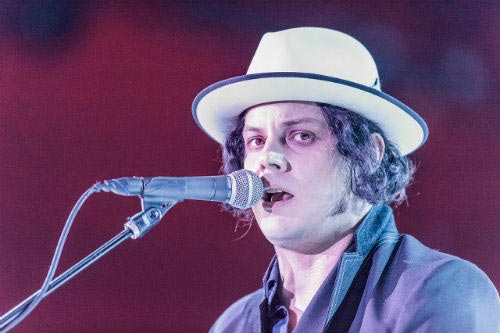 A lazaretto is, according to the Oxford English Dictionary, a hospice for lepers, plague victims and the “diseased poor”.

Themes of quarantine, the asylum and ghosts recur throughout this, the second solo album from Jack White.
Recently divorced – and sounding angry, confused and horny – White has created an album that is inventive, intense and, perhaps oddly given its thematic preoccupations, a huge amount of fun.
Like Prince or Kanye West, the former White Stripes frontman blurs genres, takes songs in unexpected directions and peppers tracks with extraordinary production flourishes. By the fourth song on Lazaretto, White and his two backing bands — the all-male Buzzards and the all-female Peacocks — have treated listeners to funk, blues, ragtime piano, gipsy jazz and, on ballad Temporary Ground, Desire-era Dylan. But despite this broad musical sweep, the songs remain refreshingly accessible.
Opener Three Women is a raucous update of Blind Willie McTell’s Three Women Blues, in which a befuddled White has “three women – red, blonde and brunette” and can’t pick one. (Who knows what the song is actually about, but it can’t be a coincidence that White’s ex-wife, the model Karen Elson, is famously a redhead).
The title track is a danceable slice of funk that finds White “quarantined on the Isle of Man and trying to escape any way I can”. It speaks volumes about the album’s ambition that the violin solo at the end does not sound out of place.

The lyrics can be heavy going. On Would You Fight For My Love? White lays himself bare emotionally. Occasionally he descends into self-pity, particularly on Entitlement, in which he says he’s sick of being told what to do and posits that today’s youth are spoilt brats. At moments like this you want to raise your eyebrows at him, hand him a Jägerbomb and stick Pharrell’s Happy on the stereo.
READ: White Stripes split lacks the usual musical insults
But then you hear That Black Bat Licorice, an unhinged Nietzsche-referencing folk-funk song about a maddening lover who makes his fingers “histrionic”. White demonstrates the effect this woman has on him by playing thrillingly deranged guitar.
The song is laden with strange effects. It opens with a chilling warped cackle, and whispered female voices throughout urge him to behave himself. It’s exhausting but it’s also exhilarating.
Hidden details reveal themselves on repeated listens. Crane your ear during the last minute of I Think I Found the Culprit and you will hear the most soaring operatic backing vocal since Pink Floyd’s The Great Gig in the Sky.
Lazaretto is an adventurous album laced with menace.
You suspect that getting on the wrong side of White would be inadvisable. Thankfully, he has channelled his demons in Lazaretto to create one of the great break-up albums of recent years. 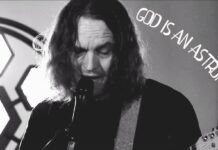 I God Is an Astronaut pubblicheranno All Is Violent, All Is Bright Live 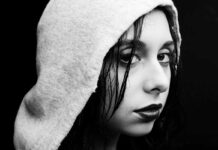 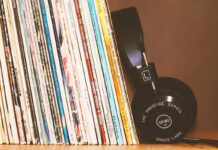